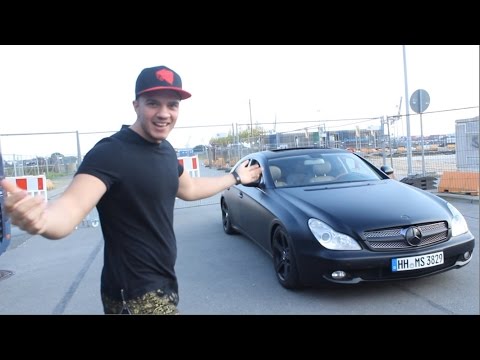 Volvo is set to unleash the newly discovered power of its V and XC ranges. The unraveling of the new Scandinavian power will be made at this year?s Geneva Motor Show in March. In the said auto show, the automaker will present two all-new premium estate cars – the Volvo V70 and the Volvo XC70. To bolster the intensity, Volvo will also introduce the Volvo XC60 concept which is going to be a European premiere.

After an exclusive pre-show sneak preview in Geneva on Monday 5 March, the Volvo V70 and the Volvo XC70 will be introduced to the world on Tuesday 6 March. The Volvo press conference is scheduled right after the introduction of the estate cars. It will be graced by the automaker?s senior executives and the estate cars? project teams.

The all-new Volvo V70 redefines the leadership of the automaker in the estate segment by adding more luxury, captivating style and refinement. The V70?s bunch of promises includes better handling, flexibility and versatility. The estate comes with 40-20-40 split folding rear seats, a wider opening tailgate and 60 liters of extra load space.

The 2007 Volvo V70 is the third model to use the moniker. The current model is an estate version of its predecessors. The estate shares same sheet metal with the second generation Volvo S80 however; it also uses different Volvo car parts that include grille and front bumper. The car is not treated as a direct replacement for the previous Volvo V70 because the current version is an estate that is engineered to rival the Mercedes-Benz E-Class and the BMW 5-Series estate versions.

READ  For the BMW Owner Who Doesn't Have Everything

The All-new Volvo XC70, on the other hand, is designed to exude handsome ruggedness and to boost estate capabilities. The Volvo XC70 has an individual style that is mated to all-wheel drive technology and superior ground clearance that blends flexibility and practical features expected of a traditional estate car.

Prices for both the Volvo V70 and Volvo XC70 will be announced by the automaker this summer. The estates are scheduled to go on sale this September in the United Kingdom.

To elevate the revelation a notch higher and to keep the imaginative minds of enthusiasts flowing, Volvo will also introduce the Volvo XC60 concept. The car successfully debuted at this year?s North American International Auto Show in January. Said concept will now hit Europe.

The Volvo XC60 concept flaunts a charismatic aura that is unmistakably Volvos however it is further enhanced by a touch of feistiness that could be attributed to a coupe. The said concept is set to go on sale in spring next year in the United Kingdom.

The Volvo XC60?s distinctive styling features a glass roof, newly styled grille, new shifting mechanism, mechanical tail gate, 20-inch rims, and a larger brand symbol. The automaker is also set to assemble a version of the concept with proven gasoline- and diesel-burning engines. It will share auto technology with the upcoming generation of Land Rover Freelander.